Home » JFK’s United States is as gone as his party 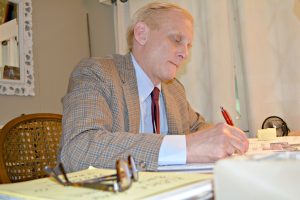 When U. S. students were getting flabby, JFK formed the President’s Council on Physical Fitness. Democrats now dictate the foods schools can serve — a lazy, futile effort to combat obesity.

Does anyone believe that JFK would tolerate the shabby treatment veterans get now from the VA? Kennedy often invoked God in his faith-based speeches. But most Democrats now don’t want students reciting The Pledge of Allegiance, and many say God doesn’t exist.

As Democrats repudiated JFK’s ideals, things got worse for Americans. A voracious reader of history, Kennedy respected the Rule of Law and backed it up with force. Dwight Eisenhower initiated the crudely-named Operation Wetback in 1954 to locate, round up and deport illegals. JFK continued Ike’s program, and by 1962 his administration had more than doubled the number of Border Patrol agents. Our border was effectively militarized, and it worked.

Compare this to the “sanctuary cities” favored by today’s Democrats which defy federal law. The Obama Democrats oppose enforcing our immigration laws, and anti-Trump protesters would detest JFK’s support for and expansion of Operation Wetback, along with its name.

President Kennedy enforced federal law at gunpoint. He even ordered such force against racist Democrats who tried to stop blacks from entering universities in Alabama and Mississippi.

He championed civil rights, but he knew that jobs were the best cure for poverty. He said he hoped his tax cuts would help reduce what he called “negro unemployment,” according to his aide, Arthur Schlesinger. JFK would detest these crude, in-your-face Black Lives Matter thugs who favor destroying private and public property over civility.

The politically incorrect, pro-business 35th president also twice rejected proposals by labor unions to reduce the 40-hour work week to 35. He urged us to “ask not what your country can do for you, but ask what you can do for your country.”

He would be uncomfortable with many modern Democrats.

Americans can honor our 35th president this month by embracing his ideals. Those who prefer the mess we’ve got today to the country that President Kennedy shaped are bad news for all Americans who love America.